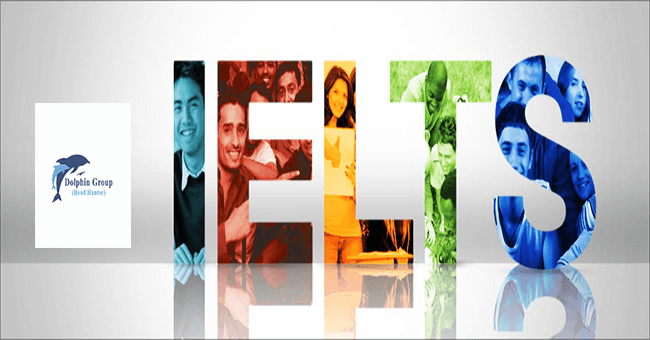 IELTS Coaching in Mohali – Dolphin Head Hunters is an recognized institute for ielts coaching in mohali, Chandigarh and Ambala. which has been providing prime education services where all your needs related to IELTS Speaking, IELTS Reading, IELTS Writing & IELTS Listening were accomplish at one stop.

Dolphin Head Hunter is Best IELTS coaching in Mohali for professionals & Students Planning to take IELTS test. It is a major North India Education Body with presence of its centers across cities of Haryana and Punjab viz IELTS Coaching in Ambala, Patiala and Chandigarh sector 34.

IELTS is an international language testing system that measures the ability of English Language proficiency of the test takers who want to work or study in environment where English is used as a language of communication. IELTS is the best Course which improve Communication Skills and English. Candidate will score from 0 to 9 band according to their performance in test.

Eligibility: There is no minimum eligibility criteria required for IELTS exam. Students who wishes to pursue emigrate and study to UK, Australia, Canada, US and New Zealand can apply for IELTS test and join ielts coaching in Mohali for exam preparation.

The test has two categories – the Academic IELTS and General IELTS.

Academic Training: The Academic test is speaking for those who want to study abroad. Who crack this exam can apply for higher education and professional registration in English speaking country.

General Training: The General Training test give priority to those who are going to English speaking countries to do secondary education, work experience and for training programs.

Mostly universities will accept a score of 6 band as an entry to bachelors programs, but the band score will varies from university to university.

IELTS test consists of four modules- Listening, Reading, Writing and Speaking. And every module in exam is compulsory, you will not skip any module of your own.

Each band scale will have different levels of English competence. Every part of the test whether listening, reading, speaking, and writing or Overall Band Score can be reported in half and full bands, eg 6.0,6.5,7.0,7.5.

Band 9: Expert user: Your English is appropriate, accurate and fluent having complete understanding and also you have full operational command of English Language.

Band 8: Very good user: Sometimes misunderstandings occur in unfamiliar situation and you have the ability to handle complex arguments very well. And you have fully operational command of the English language with only uncommon unsystematic inaccurarcies and inappropriate usage.

Band 7: Good user: You may have the capability of handling complex languages well and understands detailed reasoning. And you have operational command of the English language, with uncommon inappropriacie, inaccuracies and misunderstanding in some situations..

Band 6: Competent user: You use and understand fairly complex language, particularly in familiar situations. And you have an effective command of the language despite of some misunderstandings, inappropriacies, and inaccuracies

Band 5: Modest user: You will be able to handle basic communication and also have partial command of English language, coping with overall meaning in most situations, though is likely to make many mistakes.

Band 4: Limited user: Basic competence is limited to familiar situations. But you have frequent problems in understanding and expression. Is not able to use complex language.

Band 2: Intermittent user: No real communication is possible except for the most basic information. But you may face difficulty while understanding the written and spoken English.

Band 1: Non-user: You have no ability to use language except using of few isolated words.

Band 0: Not attempt test: You don’t give the answers of the question.

How to apply for the Exam?

The exam takers need to visit the website of either British council or IDP for it in order to check that test dates are available or not. According to the convenience the candidates can choose a state and test date in which he or she wants to appear for the test. Once the application form is filled, it is submitted and a confirmation receipt and letter is sent via mail to the candidate.

There are many reasons for choosing Dolphin head hunter for IELTS coaching in Mohali.

What I personally like in Dolphin Head Hunters is the Teaching style.Teachers are always available for the students and ready to teach new Method’s. It is like a HUB OF KNOWLEDGE and now it depend on the individual student that how much knowledge he/she can grasp from here.

Dolphin Head Hunters is the best kind of educational hub that helps you to explore your skills in different countries for work or study through personality development programs. We are North India’s major top listed IELTS training center with the presence of its centers across in many cities like Chandigarh, Zirakpur, Patiala and states Punjab & Haryana.